The Landings' 50th Anniversary Family Fun Day was a huge success, providing lots of fun for residents of all ages. The only thing soaring higher than the sweltering temperatures was the spirit of the attendees. 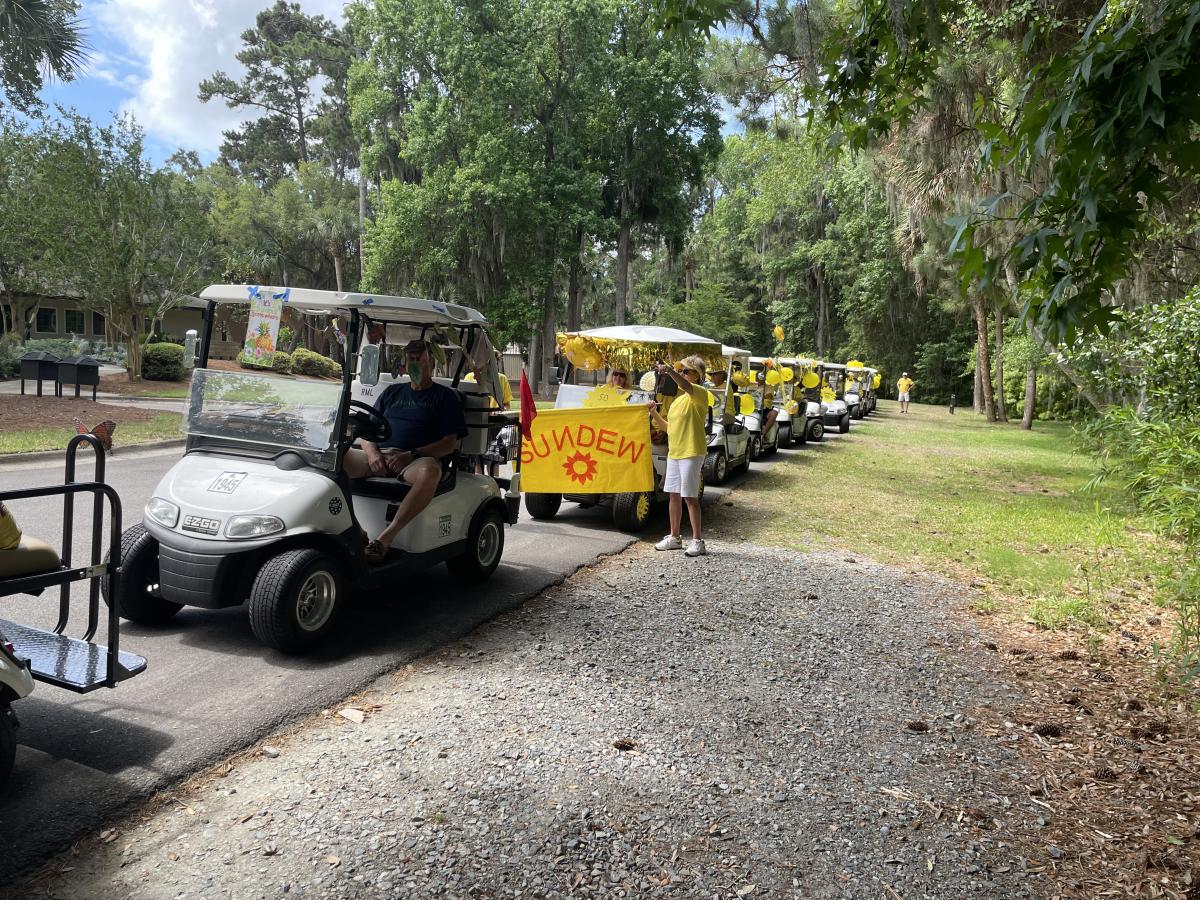 The 50 Suns of Sundew Road showed up in force to claim majority participation in the Golf Cart Parade that kicked off the festivities at noon. Thank you so much! The parade was led by 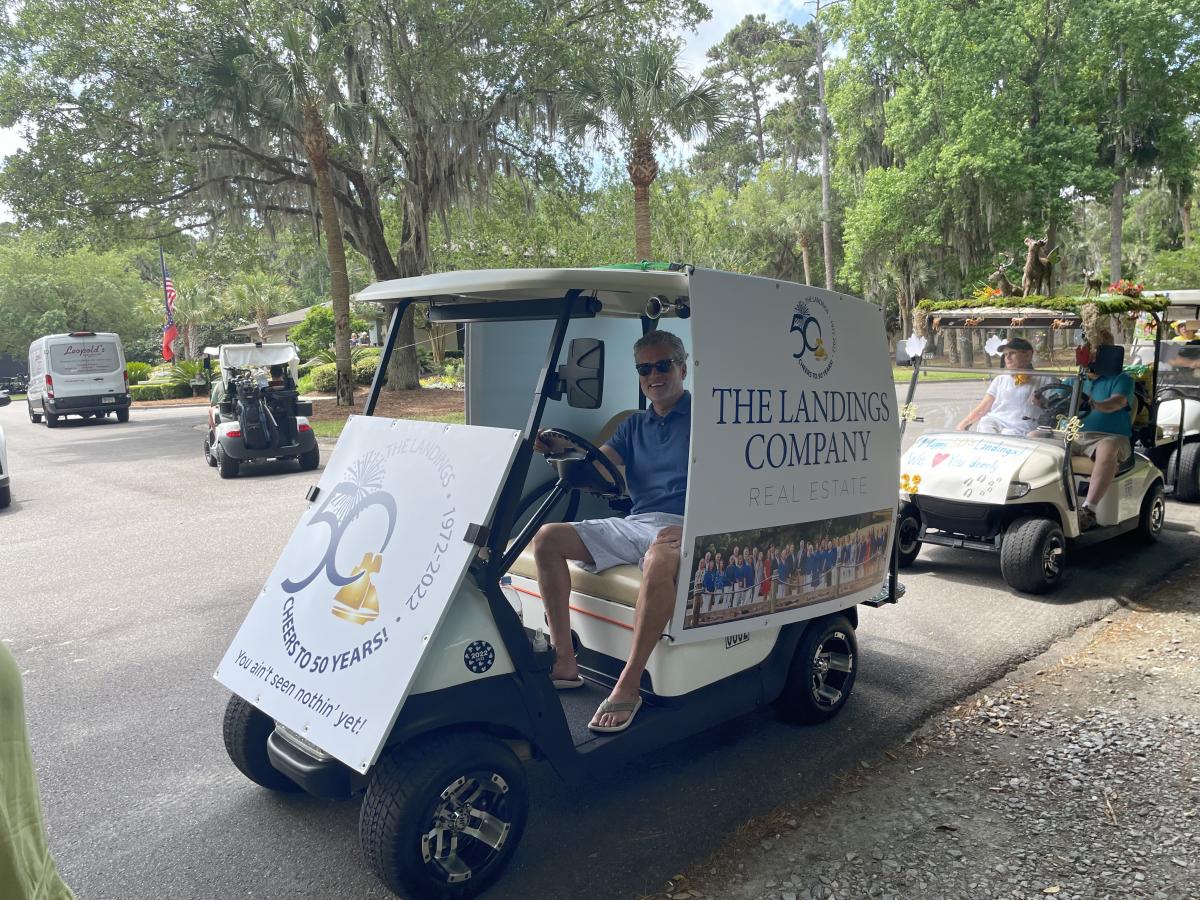 On the field, some children enjoyed a variety of giant lawn games, including, Jenga, Connect Four, and Cornhole, while others opted to get their face painted or check out the free kiddie swag. A few of our tech-savvy youth chose to spend time taking selfies near the balloon columns at the front entrance. Also on the field, Guerry Lumber, Comcast/Xfinity, and Skidaway Island First Responders were on hand to answer questions about their offerings.

The Charlie Fog Band, courtesy of The Landings Company, brought crowd-favorite tunes the entire evening long that kept feet tapping and heads bopping. Click here to watch a short video of the band in action. In the back parking lot, food vendors, incuding Bow Tie BBQ, The 5 Spot, The Naked Dog, Leopold's, and Kona Ice, offered some of their house specials, along with a few options specially curated for the occasion.

Special thanks to our sponsors, The Landings Company, Nicole Casino, Comcast/Xfinity, Guerry Lumber, and Leopold's.

We have an even bigger 50th Anniversary Event planned for September 10 at Landings Harbor, so stay tuned for more details. 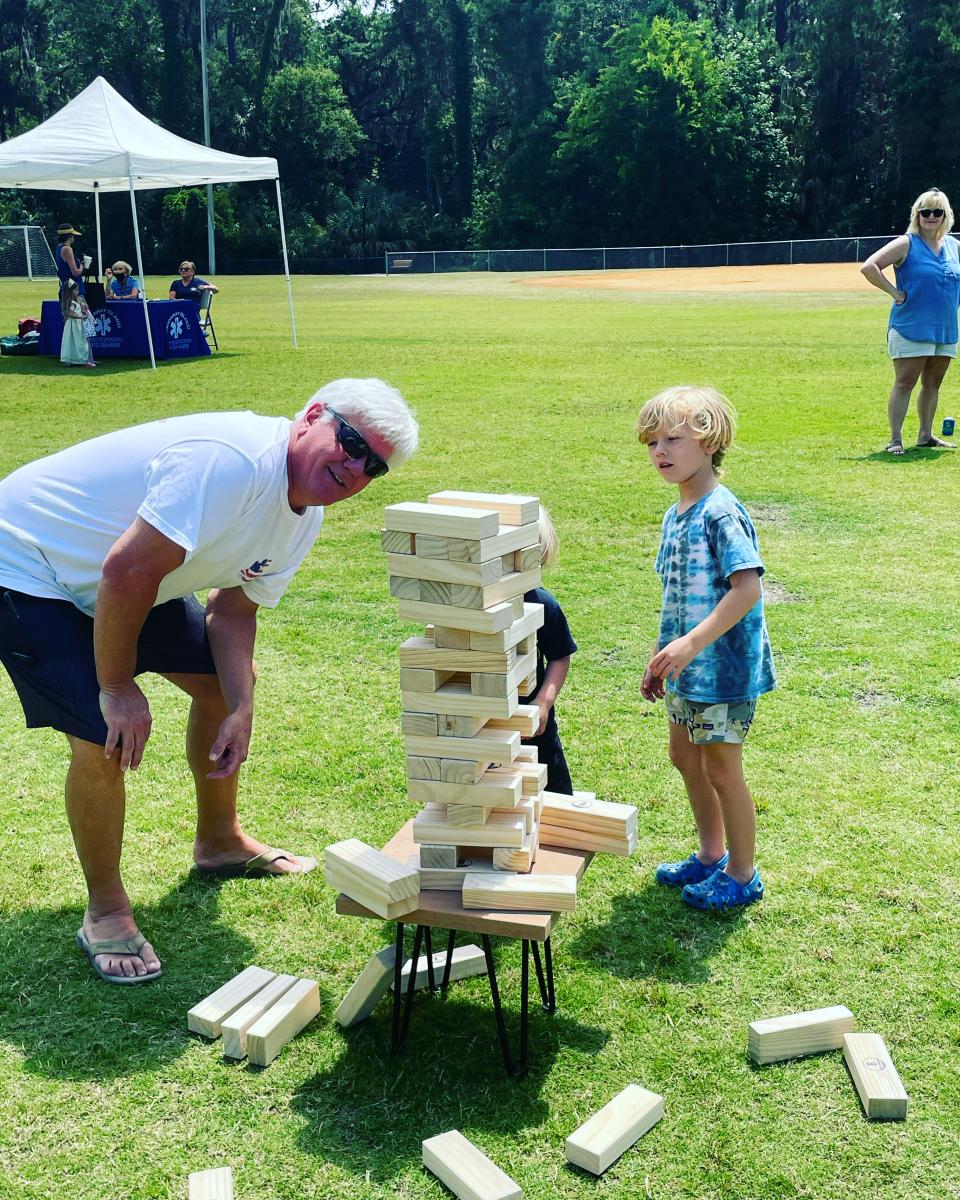 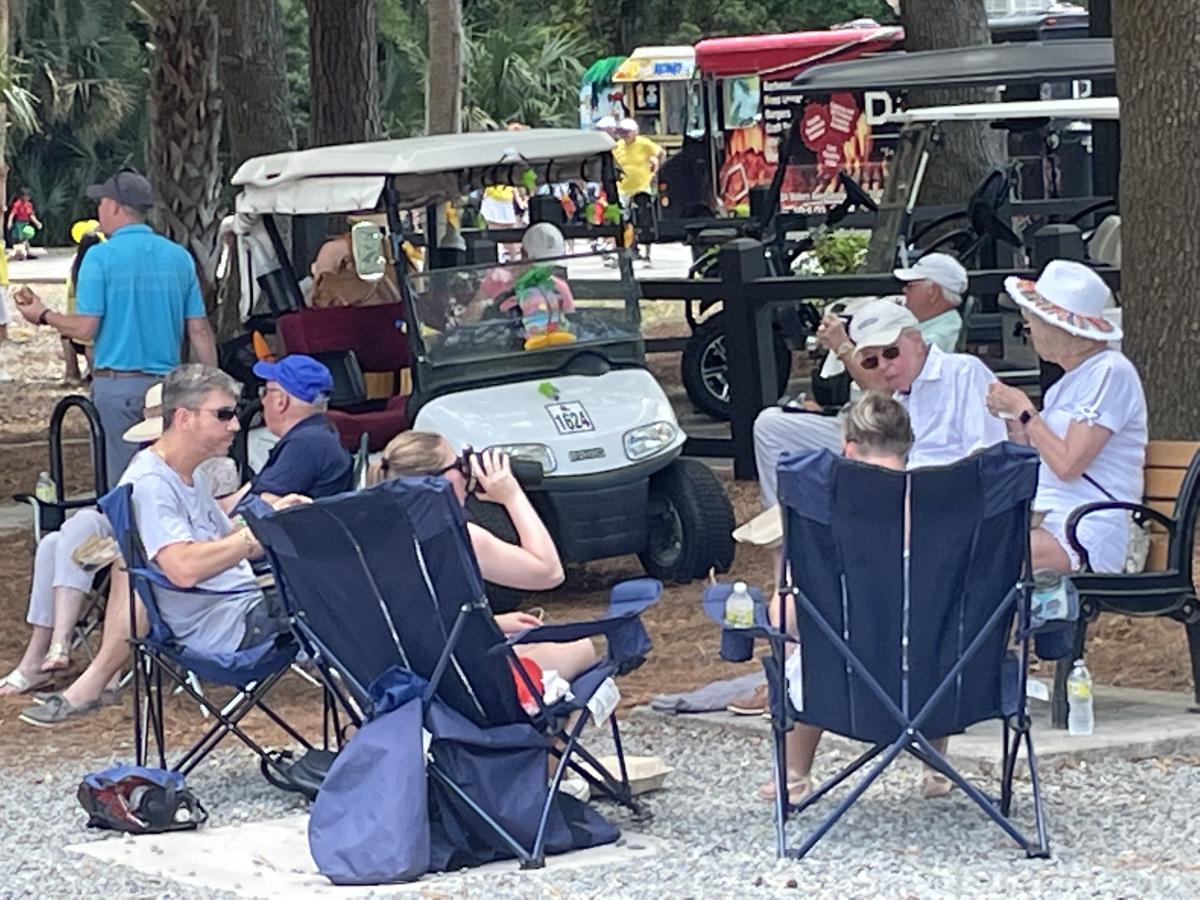 The Landings Association's General Manager Karl Stephens and his family (including his Mom and Dad, who were in town visiting) spent the day celebrating the Landings' 50th Annviersary. 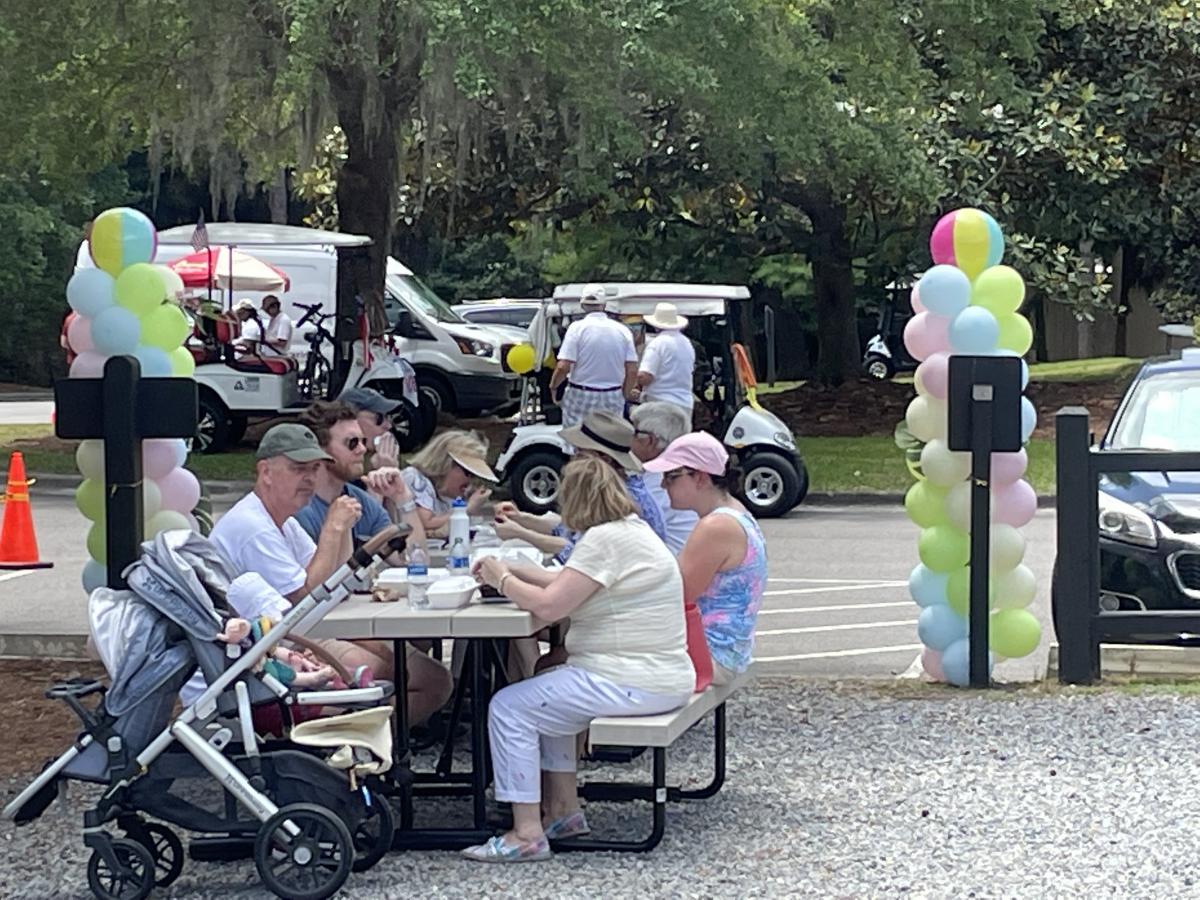 It was a perfect day to grab a bite with family and friends and enjoy some good music. 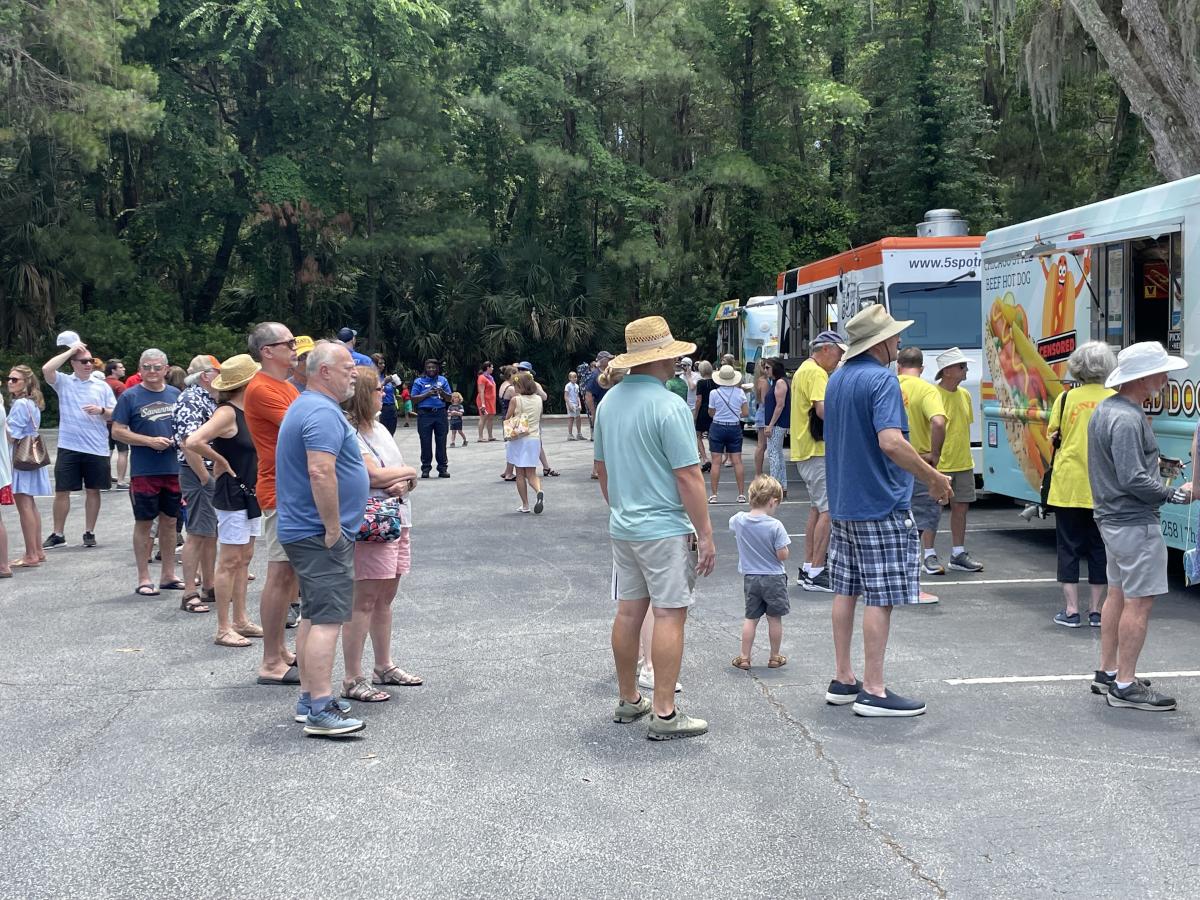 The food trucks were a huge hit! 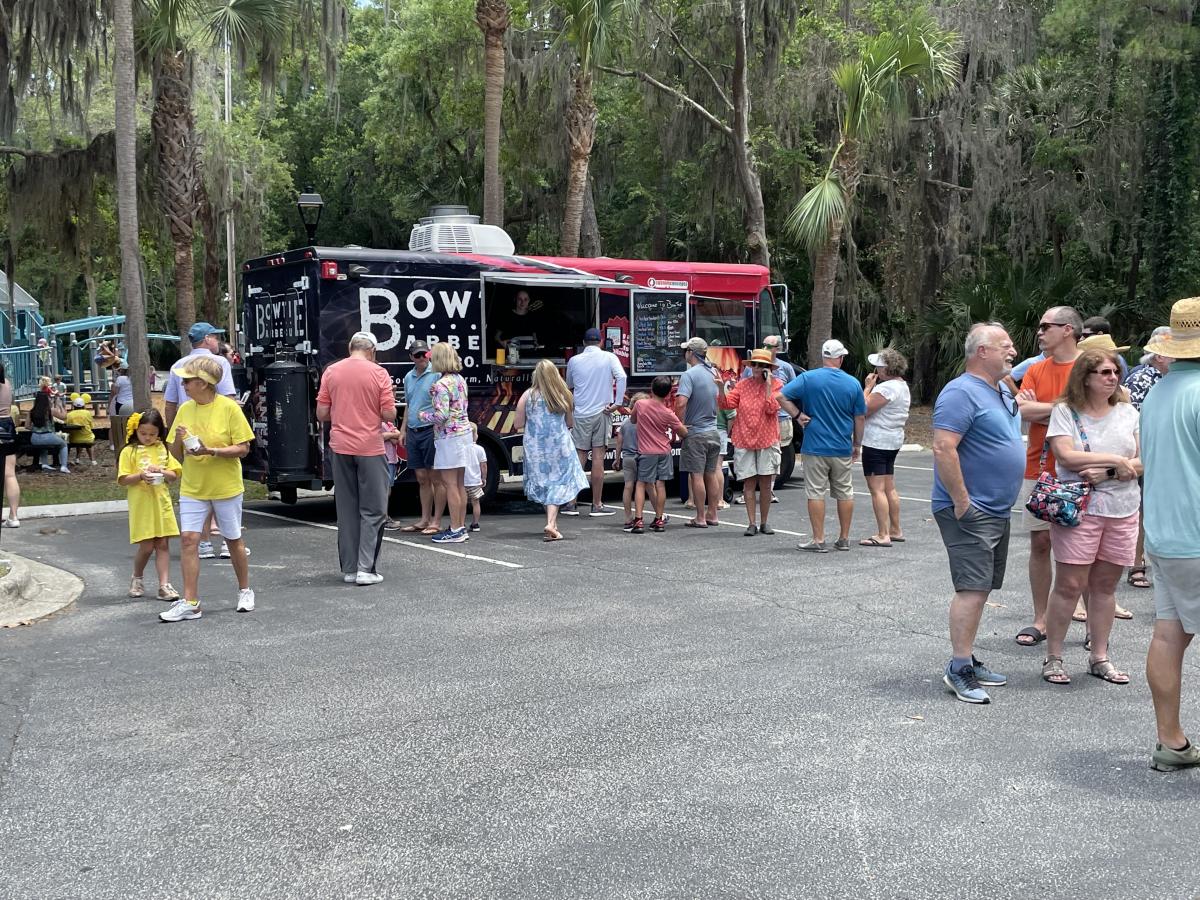 There was so much great food, it was hard to decide what to eat.