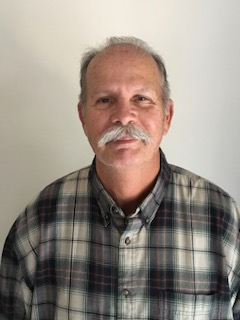 Recently, I talked to Larry Fall (pictured at left), who worked for The Landings Club for many years and is now retired. He has seen the evolution of The Landings over the years and happily shared some of his memories. For more interesting information about The Landings' 50-year history and the people who helped shape it, please visit www.landings.org/50th.

Larry Fall is another great source of interesting information about The Landings in years past. He spent 50 years in the building trade, including owning his own hardware store, Savannah Brass, which dealt in Baldwin and Schlage handles, knobs, and locks.

He recalls when there was lots of building going on in The Landings, contractors would refer their customers to him. He would meet with clients to determine what type of door hardware they needed. He then would key all the locks according to their desires, label everything, and turn all items over to the builder for installation during construction. Larry’s customers found this personal attention very helpful. Not only did the personal attention draw them, but his store also sold unique items such as Baldwin candlesticks, trivets, and weathervanes, and was conveniently located next to an alterations store. One day a customer was getting alterations, saw items in his store’s window, and came in and said, “I have a wedding coming up, and candlesticks would make a great gift!”

When Home Depot took over as a Baldwin and Schlage distributor, Larry started working at The Landings Club in their engineering area. He was involved with the community in general, such as the time a few years ago when a major water main broke on Landings Way South, and he helped other staff with setting up cones and barriers and diverting traffic.

He remembers watching from the boat ramp of Butter Bean Beach the new, fixed bridge being built. It was a good change from the drawbridge, which too frequently got stuck and involved delays anywhere from 30 minutes to three hours. Larry recalls working on days when the bridge would get stuck.

“After work, we would either go back to work or have a cocktail at The Village Bar,” he said.

Larry also was involved with Skidaway Audubon and building birdhouses for the Bluebird Trail. Continuing with bird involvement, he helped build a nest for the eagles/ospreys, which others then hoisted up in the original tree used by The Landings Bird Cam. He described the nest as a 5- foot by 5-foot box, with a screen meshing underneath.

Larry was a member of the Club’s Emergency Response Team, which included activating during a hurricane. His team came back to the island first until they could establish it was safe for members to return to the island. Upon their return, the minute they crossed the bridge, they would help with cutting and clearing trees, to get down the roads. Tractors were used to push trees off Green Island Road. Larry recalls even helping people tarp their roofs.

Over the past five years, Larry has been involved with the fourth of July fireworks show, the PGA Korn Ferry tour golf tournament (now the Club Car Championship), the Savannah Challenger professional tennis tournament, and other events, all of which bring the community together as participants or spectators.